Saints Kilian, Colonat and Totnan – Icon of Becoming One with Christ

Hand-painted icon on natural wood, traditionally double reinforced on the back for longer life.

These three Irish missionaries and martyrs are the patrons of the bishopric Wurzburg, Germany. They were martyred in the year 689 in Wurzburg. Their day of commemoration in the Orthodox Church is July 9th.

Around the year 686, Kilian and his companions came from Ireland to Würzburg, to preach the Christian faith and to baptize the people. The missionaries and wandering preachers were received very well, until they got in conflict with Duke Gozbert and his wife Gailana because of their teaching. As a result, they were put to death in the year 689.
60 years after the death of the martyrs their remains were located under Würzburg’s first bishop, Burkard. The bones were solemnly raised under Burkard and thus he laid the foundation of the veneration of the saints as the patrons of the bishopric and as saints of the Franks, which lasts until today. Today, the relics of the saints repose in the crypt of the Neumünster Church, the heads are kept in a rock crystal shrine in the altar of the Dome. During the “Kiliani Pilgrim Week”, the heads of the apostles of the Franks are carried through the city in a ceremonial procession.
—
Commission going to Germany.
—
More information about the Saints available on the Monastery Icons Website: http://icons.mullmonastery.com/saints-kilian-colonat-and-totnan-icon-of-becoming-one-with-christ/ 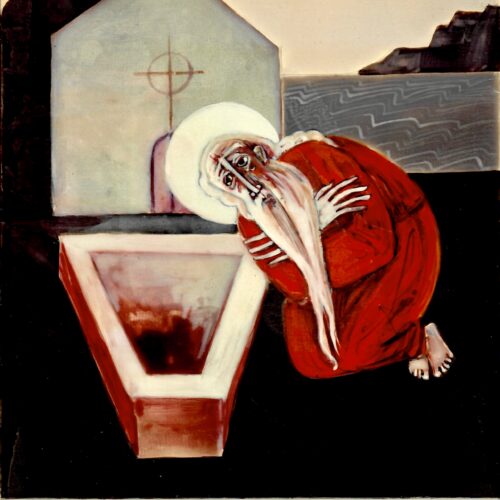 Hand-painted icon on natural wood, traditionally double reinforced on the back for longer life. Painted with egg tempera. Dimensions: 21 cm x 29 cm. ‘…Years later, we met again in England. We had coffee together and we remembered her mum. … Continued

There is so much I love about St Drostan, I find it difficult to phrase it in a way that does justice to this newly found love. I suppose it is this particular miracle – the healing a priest called … Continued 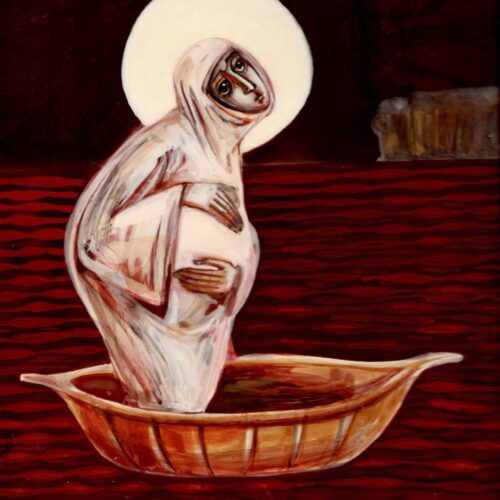 St Thaney – Protector of the Abused 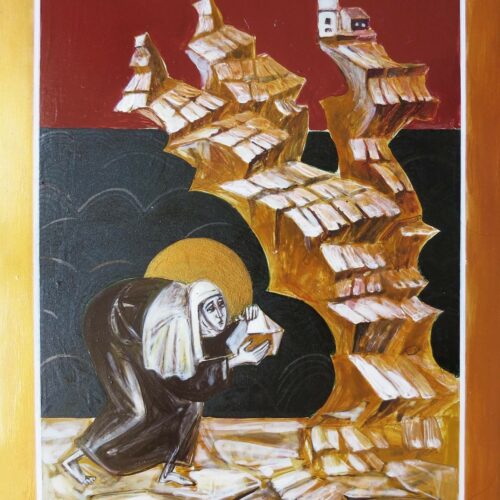